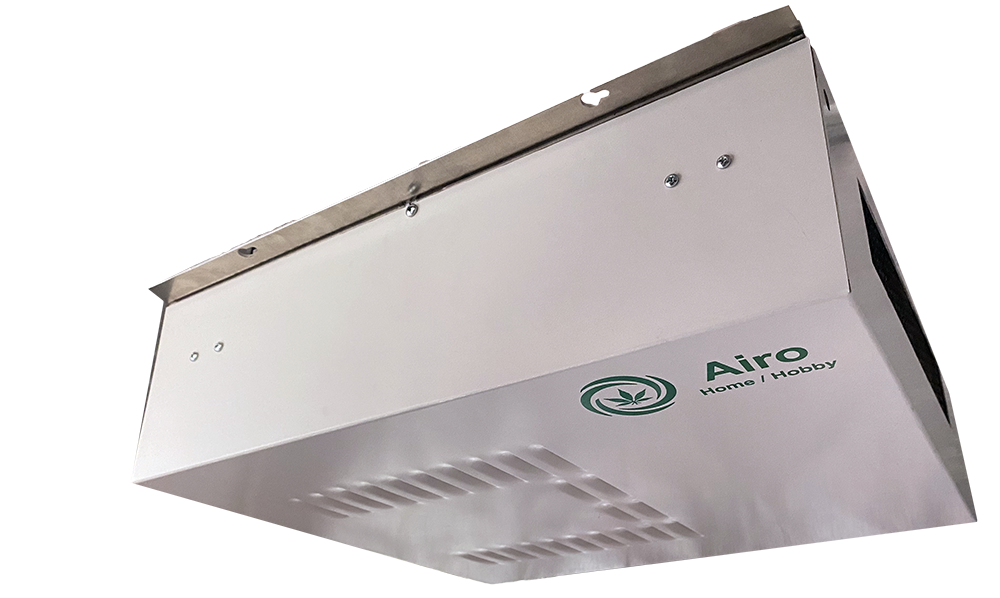 AiroClean420’s AIRO HOME HOBBY GROW system works by using a fan and a bio-conversion reactor bed which contains a catalyst to clean/sanitize the air.

As air is pulled through the unit and hits the bio-conversion reactor bed, bacteria, diseases, and Powdery Mildew spores get killed.

Not just killed, but completely eliminated on the smallest, subatomic level, ten thousand times smaller than the width of a human hair.

Further, the bio-conversion reactor bed uses a proprietary light source to ignite the catalyst, and as this happens, Hydroxyl Radicals form on the surface of the catalyst.

These Hydroxyl Radicals will oxidize anything organic in the air, with the only by-product being minuscule trace elements of water vapor and CO2.

So, there are no harmful emissions whatsoever. Dissimilar from Ozone and UV systems, Hydroxyl Radical produced via PCO are surface bound and not emitted into the air.

Our PCO technology is different from others on the market. Other attempts at using Titanium Dioxide (TiO2) coated materials have been proven ineffective because of slow oxidation efficiency. The intended catalysts in these cases are not photocatalytically active.

Whereas the patented AiroClean420 technology utilizes nano particle science to make a titanium oxide membrane that is photocatalytically active.

Nanotechnology comprises technological developments on the nanometer scale, usually 0.1 to 100 nm, or ten thousand times smaller than the width of a human hair. 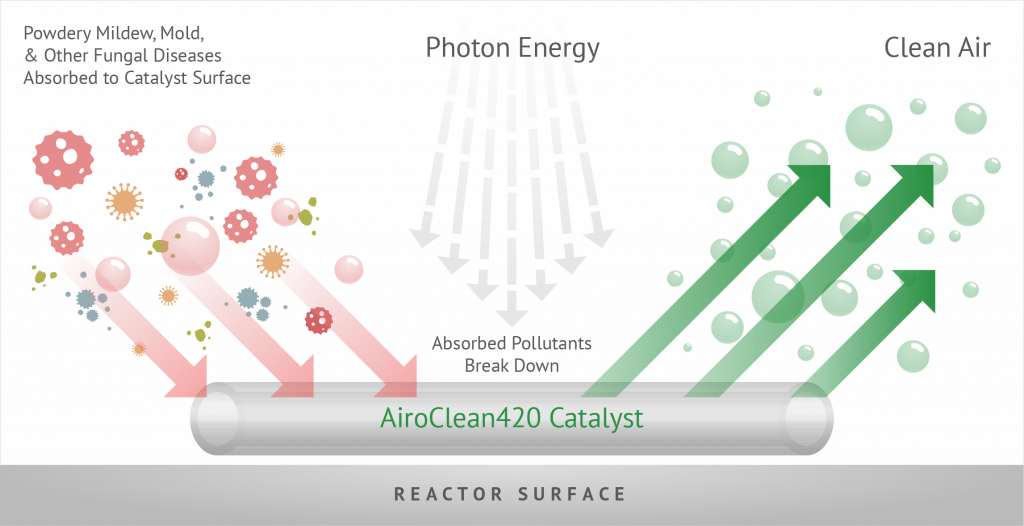